BIOGRAPHY of Minister of Health 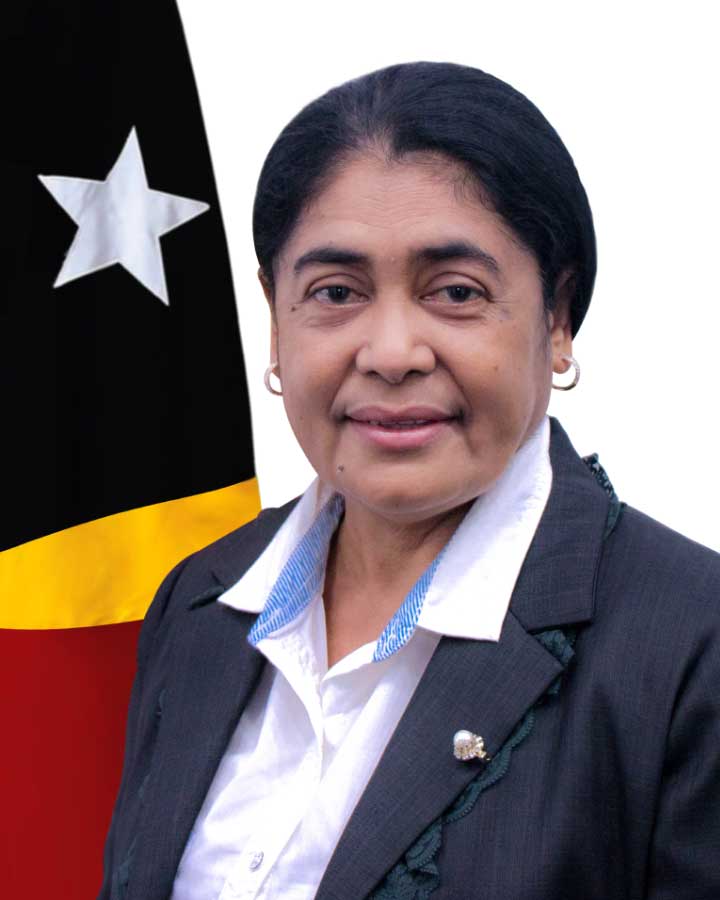 She is a career physician, graduated in 1996 from the University of Udayana, Indonesia, and completed her master's specialization in Public Health at the University of Gajah Mada in 2010. A member of the Timor-Leste Doctors Association, she had more than 5 years of practical experience in general medicine in the Municipality of Viqueque, having accumulated extensive professional experience in health services management and administration over a 24 year career path. Deputy Director for Cooperation and Management of External Health Funds, from 2010 to 2012. Chairman of the Temporary Management and Functioning Committee of the Autonomous Service of Medicines and Health Equipment E.P. (SAMES E.P.) since 2012, and later in 2015 holding the chairmanship of the Liquidation Committee of the same public enterprise. From 2015 till 2020 hold on the position of Executive Director and President of the Board of Directors of the Autonomous Service of Medicines and Health Equipment I.P. Since June 2020, she has held the position of Health Minister of the VIII Constitutional Government, representing the Party of the Revolutionary Front of Independent Timor-Leste (FRETILIN) in the coalition of parties with a parliamentary seat.